I did not stay up waaaaay too late the other night searching Craigslist for antique shutters and doors. I then did not sneak into the bathroom without the lights on so as not to wake up Jas. I did not reach into the medicine cabinet and accidentally start to wash my face with this: 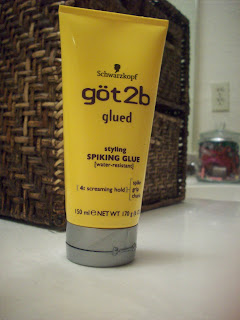 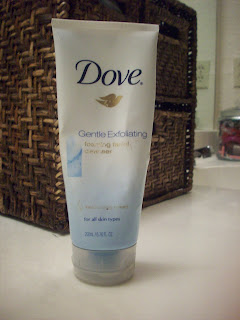 I did not take full advantage of a complete stressed-out-melt-down I had the other night. While Jas was rubbing my back so sweetly and telling me everything will be okay, and 'what would make me feel better?', I did not sob, "New curtains for the living rooooooooooommmmm..."

I did not sit on the computer and play the Webkinz "Smoothie Moves" games for about 2 hours the other day after I saw Miss O play it. And even if I did, it was to earn points so her elephant can go on a trip and buy a new bed, alright?!

I did not break one of my SERIOUS, NOT EVER ALLOWED rules in our house and let Luke jump on his bed (while naked, mind you) after I had bathed him and Morgan because she thought it was the funniest things she had EVER seen and I couldn't get enough of her precious little baby cackle. I am not waiting for him to do it again on his own and wind up in the ER. Again.

I did not have one too many "sips" of wine the other night while making THE BEST spaghetti sauce ever (Heather and Lysh would not be so proud of my from-(kinda)- scratch creation). I did not giggle all through dinner. My children did not think this was great fun.

I did not spend 2 hours grocery shopping the other night. I did not purposely stroll up and down every aisle at a turtle's pace, just because I was actually by myself. I ADORE spending every second with my precious family and HATE grocery shopping, so this is something I simply would not do!

I did not reluctantly agree to share one of my coveted Slim-Fast chocolate chip granola bars with Luke. After he had 3 bites of his and set it on the end table, I did not switch it with my almost finished one. What mother would do that? Its not like they are that good!

Hysterical! :D Boy, does that sound like one of my mondays... lol

AHHH...the grocery store by yourself...I'm JEALOUS!! What was it like? LOL!!

Rachel@just another day in paradise said...

too funny. It almost seems like time goes so much faster when there are not children hanging all over you. . .Thanks for checking out my blog

Oh that makes me laugh...you log into Webkinz too? Every once in a while I do the same...the games are fun and don't require shooting anyone for pete's sake!! My kids are always pleased with the money I make for them!! Bed jumping while naked, oh that's a favorite around here too (and no, not by me OR my husband).....

I love Not me Mondays! And that's too funny about your face washing stuff. :)`

Bhhhhaaaaa! Really good ones! I didn't know about webkins taking a trip. I soooo play my daughters sometimes. I can't help it, it's addictive.