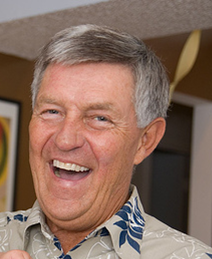 I thought I should try to post this before Gary's memorial, because I'm not sure what state I will be in by the time this day is all over. For those of you who haven't heard, Gary lost is short, but courageous, battle with ALS early Friday morning. We have been by Martha's side ever since, and Jon, Jen and Bryant came in to stay with her late Friday night. We have all taken a little comfort in the fact that we were all able to see and spend time with him last Thursday- I came and visited for awhile when I dropped the kids off to stay with them for the afternoon. Jason came later that evening to pick them up and stayed and had dinner. I know that he spent his last day doing what he love: being around his family. We all noticed, looking back, that he had gotten up and hugged and kissed everyone of us before we left- usually something we did to him since he had a hard time moving around. He also woke Martha up in the middle of the night and told her, as best he could, that he loved her. I know in my heart he had tried his best to hang in there, but he was just ready to go.

He was one of the sweetest, kindest, most vibrant person I have ever met. He welcomed me into the Yarbrough family with open arms, when he could have been upset and judgemental- but those are two things I have never seen him be. He always called me "Miss Anne" and there are so many little moments that he and I shated that I will cherish forever. He was an incredible grandfather to Olivia, his "tooter girl", and I am completely heartbroken that Luke and Bryant won't have the chance to know him. If I can raise Luke to have even half of the honorable qualities that Gary possessed, I will know I have raised a good man.

We would love everyone's prayers and thoughts, especially out to Martha, and any other family out there that has had to deal with this nightmare of a disease.
Posted by Anne at 4:27 PM

I am so sad to hear about the Yarbrough loss. Keep us posted.

Anne and Jason -
We are so sorry about your dad (in-law) passing away. Please know that you are in our prayers and if there is anything we can help you with back here in TX we will be more than happy to do it.

Oh Anne and Jason Olivia and Luke, I just found out about your Grandpa and Dad. I am so very sorry for your loss. You all are in our thoughts and prayers. How special it is that you got to spend his last weeks together. I am sure you all brought him so much joy. Great memories for all. We send our love, Jen Chuck Lily and Will