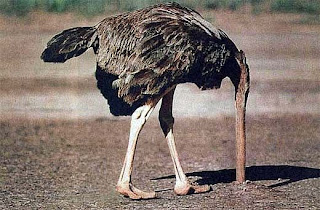 I think I may have told some of you this: But Luke is doing this weird thing and I don't know what to make of it!

He is a very naughty little boy. Period. But he's so stinkin' cute I have the HARDEST time getting on to him and seriously discipling him. I can't tell you how many times I have bit the insides of my cheeks til the bled so I wouldn't laugh at him while trying to get on to him about something. Now, to top it off , when I yell at him to, gee, I don't know: get out of Morgan's swing, stop marking the WHITE walls with BLACK sharpie, stop feeding the dog Play-Doh, stop shop-lifting at JoAnns...- He will stop and get very still and CLOSE HIS EYES!! I don't know if he thinks I can't see him being bad when he does this a.k.a. "I can't see you, you can't see me!" or if I have traumatized him and he's going to his "Happy Place" where he can away from his Nazi-tyrant mommy!?!?!? But I swear to you- I have to turn around and try not to shake with laughter, so he doesn't know I have lost it- ITS THE FUNNIEST THING YOU HAVE EVER SEEN! He's becomes this little Devil-Child Statue!!! And he'll stay that way for, like, a minute! Then he'll slooowly open his eyes to see if I'm still there. Unreal.
Posted by Anne at 11:03 PM

Mimi to the rescue:
he is NOT a very naughty child. He is perfectly normal. Your perspective has been skewed by Perfect Ni, the freak of nature.

OTOH, I sympathize- I know how hard it is not to laugh at him- and we must never let him think being funny can get him out of jams. So, you're still the best mom b/c you stay on the job.
Little stinker.

I think it's a case of ostrich 'magical thinking'- 'cause he's a genius.