The Couple On The Bus

Ah! I totally forgot to tell the tale of the Couple On The Bus! This was one of the funniest, best ways to end our trip- something I know Jas and I will be joking with each other until we are 80! While it has NOTHING to do with our trip, it was one of the highlights...

So we are finally headed home. Vacation is done. We had had what started off as an awful, stressful day turn out to be a fun, eventfull afternoon, and we had pretty much spent the afternoon filling time until our bus arrived. The Disney Express is a big charter bus that takes guests to the airport. We had spent the last official 10 minutes of our Animal Kingdom lodge stay hanging around outside on the benches, playing a million games of "Paper, Rock, Scissors" and listening to Luke sing the entire theme song to Mickey Mouse Clubhouse with scary perfection. It was so nice- we were relaxed and ready to head home.

We boarded the bus, and Morgan Jane had just fallen asleep, so I put her in my lap and Miss O took her seat next to me. Jas took the aisle seat across the row from us and Bubs took the window seat by him. The bus we were on made a few extra stops to pick up other travelers on the way to the airport. So, at this one particular stop, two boys come jumping on- I'd say they were about 8 and 10. They are talking loudly, bouncing around- just being boys- and chose to take the the seats behind O and I. They are still goofing off when their dad catches up to them, and says to them in a loud booming voice (read in your best Tony Soprano impression):

"I know yous two aren't being loud right behind that sleepin' bay-bee!"

Thanks, Tony for your concern... He was cracking me up already... He then sat down behind Jas for about 2 second when...da,da,dum: His wife made her entrance.

Bless her heart, here she comes up the steep steps of this huge bus shlepping like, 5 huge shopping bags and she yells to him from the top step, like there aren't 20 other people on the bus, (read in your best New Jersey Yenta "Coffee-Talk" voice):

"Whaaaa? What?" he says, shrugging, kind of joking with her.

She does not find this humorous.

She gets fired up!

"Look at you! Look at you-a! Ya hands are hemp-ty! You got nu-thin! Nu-thin!" She is so mad, and at this point, I am so entertained shocked at the shinanigan of this couple that I am looking out the window, biting the inside of my cheeks, full-on body shaking trying not to bust out laughing. Then I make the mistake of looking over at Jas, who looks at me and mouths, "You got nuth-in!" throwing his hands up in pretend disgust and I loose it. I make that horrible half choke-half snarf- sound and then seriously have to look out the window and think terrible thought to stop myself from laughing my tush off. Turns out while I was blocking all this out, as she was walking to her seat, she also informed him (and the whole bus) that he was giving her a hernia. I love this woman.

So at this point, the guy has helped his poor wife with the bags to the row behind where he had originally sat down. He then took his spot back behind Jas. She says to him:

To which he priceless-ly replies, "I don't know- are ya gonna yell at me the whole time?"

She tells him to get over there, and sure enough as soon as he moves to sit down with her they are snuggled up, enjoying the ride, chatting about their trip. Like nothing had happened.

Oh. My. Goddness. It was greatness. It reminded me of the couple I nannied for. It reminded me of my mom's parents. I reminded me that Jas and I are just like so many other couple out there: All the silly, stressful fights that have no real malice behind them. Getting teased not to be mean, but to lighten the mood. The feeling that you will snack them if they do x, y, or z ever again but in the end there is still no one else on the planet that you would rather be having that silly arguement with... That couple was priceless. 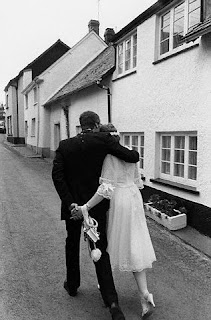 HILARIOUS!!! I would have been cracking up too! Although, I do have a little staring problem, people watching is my FAVE!! LOL!!

Oh, I think I need to hear that story told over the phone....if you're outloud imitation of them is as good as your written one, then I might just pee my pants!! Youare so funny and the conversation as you described it was hilarious!!

What a hilarious end to a wonderful vacation! Loved it. You are a great story teller. Seriously.

This was so funny!
"My mom's parents"- so true. Do you remember asking me, when you were about 11 "why do Neva and Grandfather stay together? All they do is fight with each other."

I told that to Mother years later and she laughed, but then she said she would have told you that, annoying as he was, there wasn't anyone on earth that she respected more than your grandfather. So sweet.

Just wait until you have the 'old people arguments' you made a solemn pact that you would never do.
"It's my ARM, it does not curve upwards!"