As long as I have known him, that was Gary's word for "great" and was always said with is huge smile on his face. Jas and I eloped: "Well, pure." Olivia sat up by herself, "That's just pure, Miss O". When he walked into our house in Carrollton that he helped us buy for the first time, just one word, "Pure". Jas told me its a golf term, but I can't hear it without thinking about Gary and the one simple word that personified his spirit. It was that spirit that didn't fade, even til his last day. He was always trying to smile, loving his family and trying to keep his spirits up.


But the truth be told: ALS stole everything from him. I know many of you have been down the long road we traveled during his illness, learning along with us about what was happening to him over these past few years. But I know for a fact that the horrific nature of this disease really isn't understood unless you've witnessed it. Even during the last month of his life, some of his own brothers and sisters didn't realize the extent of that ALS had done to Gary's body- they thought there would be more time... But as we know, this disease has no mercy and doesn't care about time. I hope that by sharing his struggle with you, I can reach your heart and have you help us. 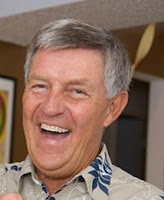 Gary was diagnosed in July of 2006, just after Luke was born. It had started as something simple: he wasn't able to clip is finger nails. He couldn't get his thumb and forefinger to work together. He didn't really think much of it really, until slowly other things started to surface: he had trouble holding his fork, the strengh behind is golf swing was fading, he was getting confused and lost going to places he had been a million times. He went to several doctors and when the third one agreed with the diagnosis, he and Martha finally told Jason. We all frantically searched for any information about the disease we could find and lay our hopes in the fact that he could have 5 years left (the longest end of the 2 to 5 year average) with us, that according to what we read, even if his body would be useless, his mind would be with us still. But that was his absolute fear: a mind that couldn't communicate because he would be unable to talk, an active mind in a numb body.

ALS stands for Amyotrophic lateral sclerosis . A-myo-trophic comes from the Greek language. "A" means no or negative. "Myo" refers to muscle, and "Trophic" means nourishment---"No muscle nourishment." When a muscle has no nourishment, it "atrophies" or wastes away. "Lateral" identifies the areas in a person's spinal cord where portions of the nerve cells that signal and control the muscles are located. As this area degenerates it leads to scarring or hardening ("sclerosis") in the region. With ALS the motor neutons waste away and can no longer send impluses to the muscle fibers that would normally result in muscle movement. After awhile, when a muscle no longer receives the nuerons they need to function they just waste away. 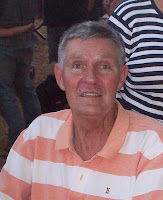 We watched Gary go from the biggest, brightest smile in the room, to a withered shell of a man, and at an alarming rate. By the time this disease was done with him, he could no longer do the things he always did and loved: play golf, enjoy a great dinner, have a beer after work, travel or visit with family and friends. It also took away his ability to do the things we don't even think about throughout our day. He had very little strengh in his legs and required a walker or wheelchair to get around, the muscles in his face and throat had stopped working so he could barely manage a smile or speak above an almost silent whisper. He relied on a breathing and suction machine just to be able to inhale or swallow without choking. He needed assistance with every part of his life. He had become the person he had feared he would become. I've heard it said that we were lucky he passed away before things became unbearable, but I don't know how much worse things could have been. I have only said it to a few very close friends: but I was grateful when he died and thanked God for his mercy. Gary was released from the prison ALS had put his mind and body in. 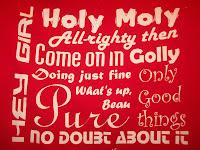 I know many of you have seen our red "Team Yarbrough" shirts we putt around in. They were made by Gary's co-workers in January of 2007 when they all walked in his honor. Just to demonstrate what a profound effect he had on thier lives, everyone from the mailroom intern to the President of Finance for Chase Bank turned out to walk in Phoenix- only after holding a golf tournament the day before where they donated the funds raised not only to the ALS association in his name, but started college savings accounts for all of the grandkids that they all commited to donating to every year because they knew how much they meant to him. The best part about those shirts to us are the sayings they put on the back- all of his little catch phrases that came to mean alot to them, and will always remind us of him. My favorite is that one simple word, "Pure".

We will continue to read about new research and pray for a cure. We also support any cause that works towards reaching that goal, and we ask that you as our friends and family do the same. Every dollar helps and will hopefully make sure that one day no one else's husband, dad, father in law or G-Daddy is taken away before their time.
Posted by Anne at 8:18 PM

This is beautiful, Sis.
You know there will be $$$.
Mom