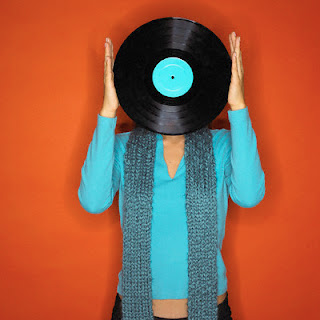 Jas bought me an iPod for my birthday. ("So you can use it to work out with!" Thanks, babe for that subtle hint...) And so I have been trying with all of my might to fill the damn thing- I have like, 900 songs on there, and the little line that tells you how much available space you have left hasn't budged. I feel like its challenging me to find every song I have ever loved and put it on there.

And can I please tell you what a trip down memory lane this search has been for me? Is there anything like a song to totally transport you to another time? C+C Music Factory makes me think of a boy I went to school with for all 12 years, who brought in their CD (the first CD I'd ever seen in my life, by the way) into our 6th grade science class on Free Music Friday... Nirvana takes me back to rocking out at the junior high dances and then later seeing them in concert (Here's to hoping that one day my kids will give me a few cool points for ALL of the bands I have seen in my life).... Great old school techno sends me back to smokey old warehouses in Deep Ellum, being a little raver kids in high school...I hear TuPac and I think of riding in Anna's convertible and driving to I-30 Bingo late one summer night after our Senior year- its amazing we are still alive after that adventure! Robert Earl Keen- literally, ever song- sends me back to college and every show we went to- whether it was a SXSW event or a tiny county fair in Bourne, Tx... Dave Matthews reminds me of sitting out the SipEp house one spring night, listening to their latest album before it was even released, with easily 100 other students - no one moving or saying a word, everybody taking it all in. "Before These Crowded Streets" is still one of my all time favorite albums, maybe because of that vivid memory... I hear James Taylor and I am transported back to teaching preschool in Austin- his greatest hits was always played quietly over the PA and my kids knew it was perfectly acceptable to get up and dance when "Mexico" came on- I know I did... When I lived with Alyshia, it was all about Ben Harper, oh- and The Scabs, which led to the cops being called to our apartment when we couldn't help dancing to them a little too late into the night-oops!...Gomez and Big Head Todd And The Monsters reminds me of living with Karly and Stacy in our precious little house, windows open on a beautiful Saturday afternoon, getting ready to go do something fun... As time has gone on and in a reverse sort of events, I actually have a hard time listening to any songs by The Shins because they remind me of a rocky time in our marriage (Which stinks, because I really like them...) Norah Jones reminds me of working at the Montessori school, Sade reminds me of bawling my eyes out at Cathy and Chi's first dance at their wedding ...Then there's Jack Johnson, who reminds me of being pregnant with Luke- Olivia and I wore out the Curious George soundtrack the months before he was born, and I swear to this day, Luke LOVES Jack for that reason...

It seems like lately, I've sort of fallen out of the music loop though. The only songs in constant rotation around her the "Super Dooper Pooper" anthem and the theme song to Go, Diego, Go... I've made an attempt to rekindle my love affair with music. I miss being "down"... I think not living in Austin where there is great music on every corner, removed me from things a little. So, I've signed up with Austin's KGSR website- they send me email newsletters to inform me of cool people I should be listening too, and I've become addicted to some of the Freshman picks suggested on mtvU.com... See: I'm trying...

I like having a soundtrack to my life, and really, I think so far its been a pretty good one. (We'll excuse the Aqua "Barbie Girl" CD from my senior year, I'm pretty sure I wasn't all there when it was purchased! But boy-howdy, is that a great song to rock out too...)

Anybody out there have a song that instantly takes them back to a specific time or place?...
Posted by Anne at 1:42 PM

OMG I forgot about I30 BINGO!!! Not sure how we made it through that! And now I'm remembering a trip to a pyschic!! LOL!! Tupac was GREAT in the convertible! And I feel your pain, no matter how many songs I put on my IPod I can't seem to fill the dam thing!

Whoa, Bingo. Was that the time I sat in that ladies seat and she almost killed me? So many Bingo memories. We went to the hood to play....listening to Tupac was only the appropriate music to have on during the ride.